The National Basketball Association (NBA) All-Star Game is staged every February, near the middle of the regular season, and is an exhibition match that showcases 24 of the NBA’s biggest stars. Held right after the trade deadline, it’s a great opportunity to watch how different players work together and to evaluate whether the trades were a good idea or not. With pyrotechnic displays and plenty of entertainment, it’s the centrepiece in the crowd-pleasing NBA All-Star Weekend.

A Match to Save the League

Basketball is incredibly popular in America, and was invented in the country, so it’s hard to imagine a time when this wasn’t the case. However, a college-level point-shaving scandal during 1950 and 1951 had stunned the sporting community and resulted in a widespread shunning of the games.

To reignite interest, the contemporary NBA President Maurice Podoloff and Publicity Director Haskell Cohen met with Walter A. Brown who owned the Boston Celtics and conceived of the exhibition match. Fans would get to vote on who would be on the teams, to actively engage viewers.

In 2017, the pure fan vote was replaced by a weighted process that gave 50% of the vote to fans and 25% each to media and players. This voting selects the team captains, which are the Eastern and Western conference players who get the most votes.

Head coaches choose the reserves and the winners raise money for the charity of their choice. The captains draft the rest of their squads from the pool of reserves, regardless of which conference the players are in. The current drafting system was set up in 2018, and got so much public attention that it was televised live in 2019.

As is fitting of an exhibition meant to create and hold interest in a sport that is already wildly popular and known for on-court theatrics, the All-Star Game and All-Star Weekend are filled with entertainment and memorable moments.

In addition to the All-Star Game, several other exhibition matches are held. These include events showcasing rising star athletes, celebrities (featuring retired NBA players, Women’s NBA players, musicians, actors and stars of other sports) and courses designed to test specific skills such as dribbling and slam dunks.

Players are introduced with huge amounts of fanfare, special uniforms are worn, and major recording artists sing The Star-Spangled Banner and O Canada before tip-off. Stars of the music world also perform during halftime, which is longer than in a typical game. 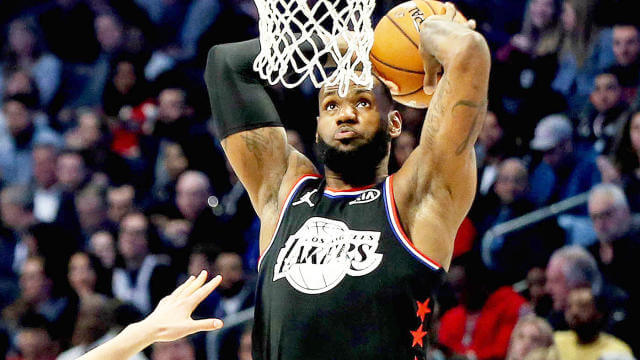 Betting on the All-Stars

The All-Star wagering opportunities are as exciting as the match itself. You can predict point spread and moneyline results, as well as totals and who will score the first goal. This is simply if you’re to follow legal sports betting lines. In the lead-up to the draft, you can also put money on who will be in the starting line-up.

There are also a range of light-hearted prop bets, including who fans will be most happy and most irritated to see on the court. All in all, the mid-season exhibition match is unmissable for bettors and spectators!